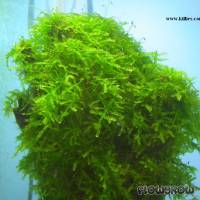 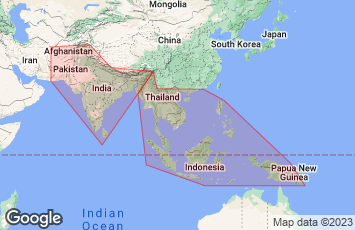 The name Vesicularia dubyana has been a household word in aquaristics for over 50 years, and it is closely linked to the vernacular name "Java moss". However, nowadays, much confusion has arisen around these names.
The moss known as Java moss, or "V. dubyana", popular in all the world today, can frequently be identified as another species: Taxiphyllum barbieri. This was stated as early as 1982 by Japanese moss expert Zennosuke Iwatsuki and made known to the aquarium hobby in general several years ago (Benito C. Tan & al. 2004). Taxiphyllum barbieri was presented as true name for Java moss. The moss aquarists in Singapore call "Singapore moss" was identified as true Vesicularia dubyana.
In Europe, the moss first imported as Java moss, though, was indeed Vesicularia dubyana. The species can be clearly discerned on photos in older aquarium literature. Taxiphyllum barbieri was imported later on, and in 1969, G. Benl introduced it as "Bogor moss", erroneously called "Glossadelphus zollingeri". In many cases, though, this fast-growing moss was taken for V. dubyana, too, and in the long run it crowded out true V. dubyana more or less completely from cultivation. Longstanding aquaristis, however, sometimes still have "Java moss", a mixture of "old" Vesicularia dubyana and Taxiphyllum barbieri.
During the last years, true Vesicularia dubyana has again been imported from Asia - now under the name "Singapore moss".

Vesicularia dubyana is widely distributed in the Asian tropics and is most frequently found on various moist to wet locations. The moss grows emersed as well as submersed with a creeping or horizontal habit and looks a lot like "Christmas moss" (Vesicularia montagnei). However, its leaves are narrower, and it ramifies more irregularly. Its leaf cells are longer (over 3 times longer than wide). The leaves of Taxiphyllum barbieri, which is often mistaken for V. dubyana, grow at more regular intervals in a sharper angle on the stem, and it doesn't ramify as densely; under weak light it tends to grow more threadlike. Vesicularia dubyana develops sporophytes (spore capsules) not only when growing emersed, but also under water in the aquarium (see pic. 2), Taxiphyllum barbieri doesn't.

V. dubyana has been known as undemanding aquarium moss for many years. It can be used in many ways, like Taxiphyllum barbieri. V. dubyana grows more slowly, though, which can be of advantage, and its finely ramified branches give it a more decorative look. Tied onto driftwood or rocks it is most attractive, and regular trimming will maintain its form easily. It doesn't need a lot of light, however, it ramifies better under at least moderate lighting. The habit of V. dubyana reminds of rugged forest moss, which is enhanced by the spore capsules on their reddish-brown stems this moss also grows when cultivated submersed.

Roots to Branches
You can embed this entry directly into another web site or forum. Just copy and paste the following code:

Write Review
or
Upload Images
There are no reviews so far. Do you want to write the first one?
Return to Search
TODO Vesicularia dubyana is also known as Java moss and Singapore moss. TODO