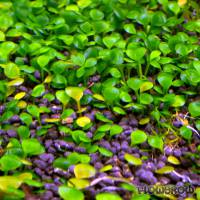 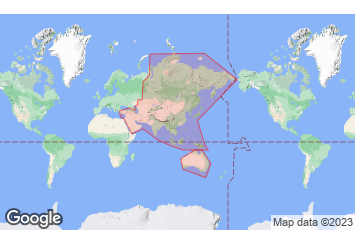 Some water clover species (Marsilea) have become very popular foreground plants in the aquarium hobby, comparable with Glossostigma elatinoides, which has a comparable leaf form. Marsilea is an aquatic fern, and there are over 40 species in the genus growing in shallow water and in moist locations. The leaves of their emersed or floating forms are all divided in four parts and have a long stalk reminding of four-leaf clover. They grow on thin rhizomes growing mostly in the substrate. Aquatic ferns of this genus can be found in almost all the world: in Europe, Asia, Africa, America and Australia.

In trade, several Marsilea species are offered, mainly under the names M. crenata and M. hirsuta. The species are hard to discern, however, especially if the so-called sporocarps ("spore fruit") are missing, which only develop on the basis of the leaf stalk in the emersed form. Thus it is quite unsure whether the plants sold in trade are really correctly named. However, the submersed forms of the water clovers usually found in the hobby are so similar in growth habit and appearance that it is not really important to identify them exactly. Besides both species mentioned above, M. minuta and, less frequently, M. drummondii and M. angustifolia are in cultivation. According to APC Plant Finder (aquaticplantcentral.com), of the smaller species, M. minuta is easiest to discern, as it forms distinctly smaller leaves than the other species also under intensive light and with a good nutrient supply. The European species M. quadrifolia, a bog plant, and M. mutica, a relatively large plant with floating leaves from Australia, are cultivated as well.

Marsilea species are comparatively undemanding and do well under moderate light and a regular supply of nutrients. Stronger light and the injection of CO2 further a stronger, more compact growth.
The different species of the genus Marsilea are planted by making 2 to 5 cm long pieces of the rhizome that are put into the substrate at regular distances. Propagation is easy, new rhizomes and leaves will form on the pieces that were first planted in the substrate. Plants cultivated emersed often need a longer time to acclimatise, but as soon as they adapted to their new surroundings they resume growth. All emersed leaves and floating leaves ought to be cut off. Submersed plants may also develop long-stalked floating leaves, which ought to be cut off, too. If this is done several times, the plant will stop developing them.

Emersed cultivation is possible on very moist to wet substrate. In shallow water, also in garden ponds or in containers outdoors, water clover fern can be kept as decorative, uncommon plants with floating leaves. In any case, they will form their typical four-leaf-clover leaves then. Indeed, Marsilea quadrifolia plant leaves were used as substitutes for true four-leaf clover for the Irish celebration of Saint Patrick’s Day.

Water clovers are rather popular ground covers in different types of aquascapes. In shaded areas or under insufficient light, they tend to grow long leaf stalks with leaves divided in two, three or four parts, which can be cut off. If you desire, you can also remove whole parts and re-plant the rhizomes. By forming a slanted surface on the substrate, more perspective can be added to a Marsilea carpet.

There is no detailled information for cultivating this plant yet.
Aquascaping: forms a small-leaved carpet

Add to my stock list
or
Edit my stock list
User
Contact
Trading possible?
corvus corax
Yes
francis75ms
No
Plantamaniac
No
echi68
No
echino
No
Nunduun
No
prutschmar
No
Rausiman
No
This plant is a part of the following tanks:
Image
Name
Rating

Valley of the winds

Sylvan Spirits
You can embed this entry directly into another web site or forum. Just copy and paste the following code:

Write Review
or
Upload Images
There are no reviews so far. Do you want to write the first one?
Return to Search
TODO Marsilea spp. is also known as Water clover (several species) and Nardoo (several species). TODO