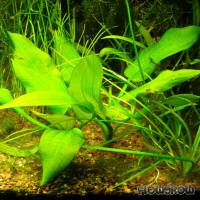 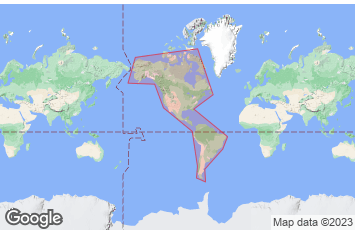 Echinodorus maculatus has been known in Germany as "Echinodorus schlueteri" since the 80s of the last century. In 2006, botanist Jozef Somogyi described it as a new species, proving that it differs from true E. schlueteri, which was described by Karel Rataj in 1981.
E. maculatus is also found in trade under the name of "E. aspersus", amongst others. Its origins can be followed back to Karel Rataj's nursery, where it was first known under the name E. aschersonianus "Rubromaculatus". According to Rataj, this plant germinated from seed collected in Argentine (Somogyi 2006). E. maculatus bears the greatest resemblance to Von den zur Zeit akzeptierten Echinodorus-Wildarten hat E. maculatus die meiste Ähnlichkeit mit Echinodorus cordifolius.
One of the very first Echinodorus cultivars, E. schlueteri 'Leopard', was selected from a population of E. maculatus in the nursery Hans Barth (Dessau, Germany) in the 1980s. The correct name of this variety is thus E. maculatus 'Leopard'.

Echinodorus maculatus differs from true E. schlueteri by reddish-brown spots on its new leaves (instead of exclusively green ones), a more pronounced leaf tip, flower stalks with more than two whorls and a more robust larger growth under the same conditions. There is no way to discern Echinodorus schlueteri (in Rataj's sense), however, from the plant known as E. cordifolius 'Mini' in the trade (Jozef Somogyi, personal communication).

Submersed E. maculatus plants remain relatively low, with a height of only 5 to 25 cm. Their size depends a lot on nutrient availabiligy. Its leaf blades are of a light to medium green, narrow-ovate to ovate, around 6 to 16 cm long, and their margin is slightly undulate, their base round to heart-shaped and their tip is acuminate to apiculate.
Emersed plants grow to a height of around 45 cm, their leaf blades reach lenghts of up to 23 cm, with 5 to 9 longitudinal veins. The cross section of the leaf stalk is roundish-triangular and has grooves. The flower stalks grow to a length of up to 70 cm, overhanging or creeping, often with only three flower whorls on which adventitious plants develop. The axis of the inflorescence between the whorls is triangular.
The up to 3,5 cm large flowers have long peduncles. After self-pollination, aggregate fruits develop, containing many germinable seeds.

From the early 1980s on, Echinodorus maculatus became very popular in the hobby, however, meanwhile it is only rarely found in trade. Even though it may not be quite as colourful as the more recent manifold Echinodorus cultivars, it is one of the most recommendable sword plants also very suitable for beginning aquaristis. This plant is quite undemanding and highly adaptable regarding the pH, temperature, lighting and CO2 supply. It prefers a nutrient-rich substrate and grows especially lushly when provided with lots of nitrogen, e.g. in tanks with a large stock of fish.
In aquaria this plant usually doesn't form floating or emersed leaves. However, shallow water and a large supply of macronutrients can induce it to do so. Not only emersed plants form flower stalks with adventitious plants, strong submersed ones do so, too. Like many other Echinodorus, E. maculatus can also be propagated by cutting apart the rhizome of older plants.

Depending on the size of the tank, E. maculatus can be planted solitarily or in small groups in the fore- or middleground, in small aquaria it also lends itself to the use as solitary plant for the background.

Emersed cultivation is easy, and during the warm months, this plant can even be planted outdoors, e.g. in the shallow-water zone of a pond in loamy substrate rich in nutrients. The plants can even hibernate outdoors provided that their rhizomes are not subject to frost. Usually, all the leaves die off, but the plant sprout new ones when the weather is warm again in spring.
Under short-day conditions, emersed plants tend to sprout small, prostrate "winter leaves" given that temperatures are not too low.

There is no detailled information for cultivating this plant yet.
There are no further design information for this plant yet.
There are no images in this gallery.
Add to my stock list
or
Edit my stock list
User
Contact
Trading possible?
Plantamaniac
No
Micha1976
No
This aquatic plant is not listed in a tank yet.
You can embed this entry directly into another web site or forum. Just copy and paste the following code: