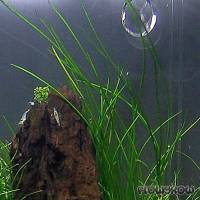 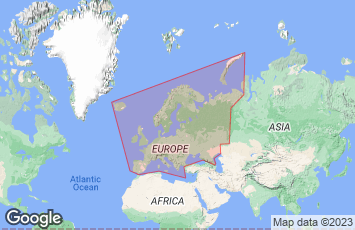 Like ferns, quillwort species (genus Isoetes) reproduce from spores. They are a member of the ancient group of Lycophytes. Among modern plants, they are the next relatives of the now extinct Sigillaria and Lepidodendron trees from the Palaeozoic era. There are around 60 to 150 Isoetes species world-wide - reedlike rosulate plants with a bulbous stem (rhizome) that mainly grow on wet ground or in water, e.g. in rice paddies in the tropics, but also in cold lakes poor in nutrients in the northern hemisphere, like the rare Isoetes lacustris, which can also be found in Central Europe.

There are probably quite a few Isoetes species suitable as aquarium plants, however, only a very small number of them is really in cultivation, like e.g. the tall I. malinverniana from the north of Italy, and, recently, I. japonica.
In Germany, I. velata var. sicula from Sardinia and Sicily is the most widely spread quillwort in aquaria at the moment. Even though it was already imported over 20 years ago, it is still a rarity.
This quillwort forms a dense rosette from many awl-shaped grass-green leaves that grow 10 to 30 cm long, curved or upright, and sit on an up to around 2 cm high bulbous rhizome.

I. velata grows rather slowly, but is not especially demanding. it is highly adaptable to various water parameters. A nutrient-rich substrate, not too rough-grained, is recommendable, e.g. sand or fine gravel mixed with loam.

Propagation by spores is relatively complicated, which is probably the reason why this plant is such a rare guest in our aquaria. The sporangia are located in the leaf bases, where they sit in depressions. Two different types of spores are formed in different sporangia (heterospory): Macrospores, up to approximately half a millimetre large and clearly visible as globules to the naked eye, as well as powdery brown microspores. Older leaves on the outside of the plant with ripe spores have a thicker basis and are easily detatched from the plant. It is best to mix the macro- and microspores squeezed out of the sporangia in a container with some water and to sow them onto a moist substrate afterwards.

True ferns produce prothallia (gametophytes) from spores, which look like small green liverwort-shaped plantlets. In Isoetes, however, the microprothallia remain within the microspore wall that opens up, whereas the macroprothallia rip open the macrospore wall during their growth. The latter do not form chlorophyll, though. The macroprothallia, however, form the female sexual organs (archegonia) with one egg cell each. The male sexual organs (antheridia) of the microprothallia release spermatozoids, which move through the water to reach the antheridia to fertilise the egg cells. The fertilised egg cell (zygote) develops into the actual young Isoetes plant (the sporophyte). At first it feeds on nutrients stored in the macroprothallium.

Later on, the emersed young plants are thinned out. The spores can also been sown submersed, and the young plants can be raised under water, too.

Anyplace, Anytime...
You can embed this entry directly into another web site or forum. Just copy and paste the following code: