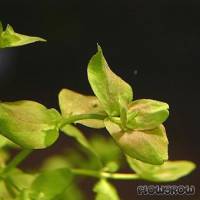 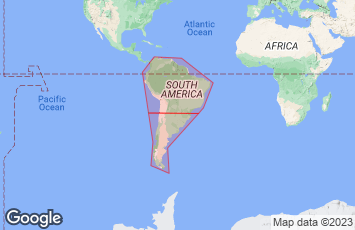 Bacopa australis may be relatively new in the hobby, however, it is already very clear that it will always be a number one choice for almost any kind of planted freshwater tank, especially due to its simplicity. At first glance, this South-American plant may look like a larger version of Micranthemum umbrosum, however, it is far easier in culture.
Even though this Bacopa species occurs in vast populations on rivers and lakeshores in South Brazil and Argentine, it was not described scientifically before the year 2001. Not much is known about its natural habitats, although, among others, major populations have been discovered in the enchantingly beautiful, crystal-clear calcareous rivers around Bonito, Brazil (Serra da Bodoquena, Mato Grosso do Sul).

This bushy-growing stem plant sports a tremendously intensive light shade of green. Under strong light, the younger leaves may show a shade of reddish colour. With its soft, thin underwater leaves and its loose habit, Bacopa australis differs very much from Bacopa caroliniana and B. monnieri, whose leaves are significantly thicker and whose overall apperance is far more rigid.
When kept in good light intensities, B. australis may even develop a creeping habit, like with Hemianthus micranthemoides. However, it also grows well under medium light intensities - with a more upright habit. Adding macro- and micronutrients is not required, however, a well-dosed fertilisation results in better growth and more intensive colours. The same applies to CO2 fertilisation - the plant grows without it, but add CO2 to your tank, and your Bacopa australis will do even better. A substrate rich in nutrients does not seem to have a significant effect on this plant.
Its origins lie in the subtropics, where winters can get quite chilly, so it is also suitable for cooler tanks with water temperatures of under 20 °C. However, warm water of up to 32 °C is also tolerated.

Like any other bushy aquatic plant, B. australis may be trimmed with a pair of scissors. Please make sure the bush does not develop too dense a growth, or else the lower parts of the stems may die off as they do not get enough light. B. australis is propagated by cuttings, which grow to new plants quite soon after being planted.

Place this Bacopa in the fore- or middleground of your tank, where it contrasts beautifully against other ground covers or reddish plants. Also suitable for the background of small tanks.
Its habit is quite similar to that of moneywort (Lysimachia nummularia), which is - other than Bacopa australis - not suitable for constantly high water temperatures, though.

The emersed form of Bacopa australis is a creeper, forming dense, low-growing carpets thanks to its highly ramified growth (see photo no. 4) Under strong light, e.g. in a sunny place outdoors during the warm season, it has large numbers of tiny pale blue flowers.

There is no detailled information for cultivating this plant yet.
Aquascaping: well-branched, bushy

There are no images in this gallery.
Add to my stock list
or
Edit my stock list
User
Contact
Trading possible?
WilloX
No
This plant is a part of the following tanks:
Image
Name
Rating

somewhere in a mossy grove

Solar Scape
You can embed this entry directly into another web site or forum. Just copy and paste the following code:

Write Review
or
Upload Images
There are no reviews so far. Do you want to write the first one?
Return to Search
TODO Bacopa australis is also known as Southern Bacopa. TODO